6 Android O changes you must know 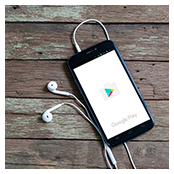 At the moment, Google’s upcoming operating system, Android O, has been released as a beta test for developers and is still a work in progress. Many are debating whether the successor to Nougat will be named Oreo when released. What we do know for sure is that the latest OS features extended battery life and an enhanced notification system. But wait! There’s more.

Picture in picture
This is one of the so-called “fluid experiences” coming to O devices. You’ll be able to watch a YouTube or Netflix video in a small window while using another app. The small window can even be used for a video call. Simply swipe it away when you’re done.

Autofill
Reminiscent of autofill on computers, this feature will be available for apps on O devices. This makes it easier to log in and set up phones and applications since personal information like your name, address, and credit card details will be automatically filled in.

Better copying and pasting
Another component of O device’s fluid experience is the enhanced copy-and-paste feature, which will be based on machine learning. You won’t have to drag handles to highlight everything you want to copy — just tap once on names, phone numbers, or addresses and Google will automatically highlight the rest.

Vitals
This is the group of optimizations that will improve your device’s battery life, startup time and performance, stability and security.

Android for the entry level
Normally, the latest operating systems are exclusive to the most powerful phones. However, Google doesn’t want to reserve O to state-of-the-art devices. That’s why Google developed a variant called Android Go, which aims to provide a seamless Android experience for affordable O phones, including those with fewer components and/or less storage.

Android Go includes a customized set of Google apps that require less memory, storage, and mobile data. Google Play Store will also highlight the apps that will work better on such entry-level phones (regular apps will still be available). The operating system is being designed for O phones with limited memory: anywhere between 512 megabytes and one gigabyte.

The OS will be available this summer. In the meantime, if you want to know more or have any questions about Android O, feel free to contact us today!