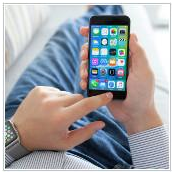 Although they may not garner the fervor of hardware releases and refreshes, iOS updates still manage to bring even the most casual of iPhone and iPad users out of the woodwork. Those who were willing to brave the bugs of Apple’s beta got a chance to play with the most recent version of the mobile platform, but the rest of us have been patiently awaiting its release. The time has finally come. Let’s take a closer look at iOS 10’s release details.

In keeping with its yearly mid-September schedule, the next update to iOS will be released on September 13th around noon (depending on your time zone). Before updating, it’s a smart idea to begin charging your phone and connect to a wireless network. Once you’re all set for the lengthy download and installation, go to your Settings dashboard, then tap General, and finally Software Update. This screen will give you detailed information on the latest update and the option to ‘Download and Install.’

As we’ve seen in the past, not all Apple devices can handle the RAM-hungry features of a new operating system. If you’re still holding onto any iPhone model older than the iPhone 5, you won’t be able to download the update. Unfortunately, the same goes for the original iPad Mini and the Retina/third-generation iPads. And although they’re not too common nowadays, the sixth generation iPod Touch will get iOS 10, while anything older will not.

We’d be remiss if we didn’t warn our readers, however; just because your device is eligible doesn’t mean updating it is the best idea. Older hardware wasn’t designed with the requirements of current software in mind, and updating may result in a significant slowdown of your phone or tablet. Furthermore, despite going through a beta stage, there’s no guarantee that all the bugs have been worked out of the system yet. We recommend waiting a day or two until Apple’s servers aren’t overburdened and other users have had a chance to suss out any problems.

Something as simple as updating your phone can become immensely frustrating if you’re not fully prepared. And despite what you may think, no task is too small for us to consider. If you think helping you update your phone, or even just configuring it to receive work emails is too mundane for your neighborhood managed services provider — think again. Stop searching for the iOS update menu and call us today.